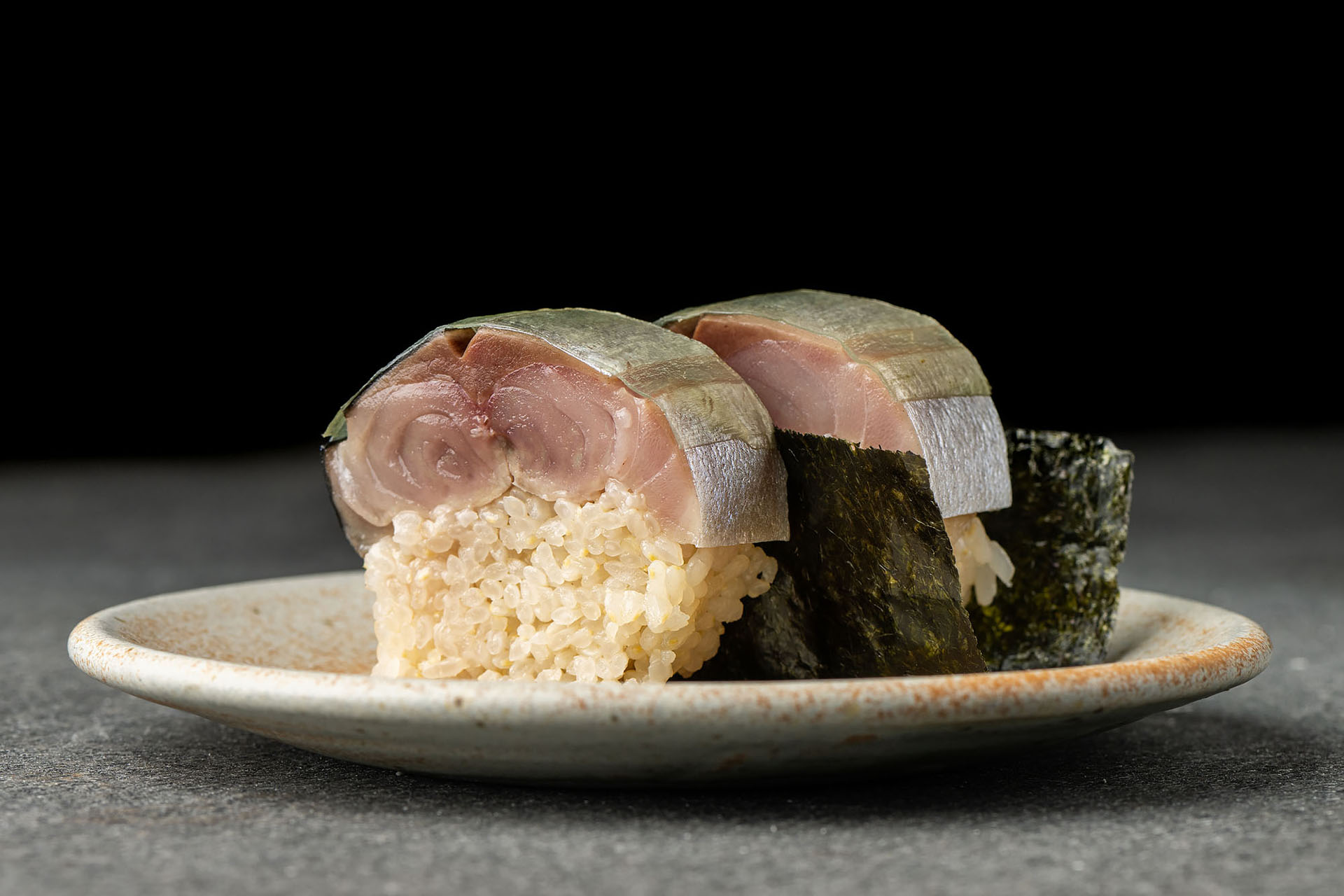 It’s hard to think of a cooler Los Angeles block than 7th and Santa Fe in the Arts District. The area, anchored by the Warner Music building as well as mainstays like Pizzanista and Bestia, has become a hotbed of recent culinary activity, just in the pandemic alone. There’s Detroit Vesey’s, a come-as-you-are space for drinkers, cyclists, the LGBTQ community, and everyone else. There’s Yangban Society, the colorful, cool Korean-American restaurant from two Northern California fine dining vets. And now there is Kodō, an austere indoor-outdoor Japanese restaurant that will eventually double as a hotel and spa, done up with the kind of modern flourishes and pared-back aesthetic that could only come from the minds of the Kensho Group.

The new Kodō looks nothing like anything the Arts District has seen before. Matching light slate tones and lots of stone with blonde wood finishes — all while toggling between smooth lines and sharp corners across multiple dining spaces — the restaurant feels like something pulled across time. It is both modern and timeless, Japanese and Angeleno, culled from the creative class and plunked down with heavy authority inside of a former firehouse.

David Wynn, Kensho Group’s founder, is known for bringing together the kind of people that will push the design envelope, as evidenced by his other LA project Kensho Hollywood on the Yamashiro property. He’s the kind of person who loves to collaborate on detail, laying out a list of craftspeople who have helped to bring every aspect of the space to fruition, from the soap to the comforters to the hanging linens and poured concrete. It is in the details that Kodō comes through, matching the warehouse-y brick of the Arts District to the group’s more subtle study of steel and space, led by design/build group M Royce Architecture in addition to Gry Space and Sacha Robertson.

And then there is Yoya Takahashi, executive chef for Kodō. As boisterous as ever, the ponytailed Takahashi is one of the most colorful characters in Los Angeles sushi, having moved to the city from Japan to become an actor. Along the way he rooted himself in restaurant work and reverence for sushi, marrying his playful sensibility with the traditions of the cuisine. He has spent years working across Los Angeles and Japan, most notably at the Westside staple Hamasaku.

Now at Kodō, Takahashi is being given the space to flourish on the plate, pulling off everything from grilled spare ribs and a deconstructed tsukune to sashimi selections, seared sea bream, steamed clams, and beyond with his team. In all, the menu is broken down into quadrants, leaving room for live fire (overseen by chef de cuisine Jaehee Lee); sushi (from head sushi chef Alex Kohsuke Suzuki); cocktails from beverage director Chris Gomez and bar manager Will Henry; and pastry and desserts from chef Mami Yamamoto. The opening menus are below.

As with the food, the finished Kodō space pulls in multiple complementary directions. The primary dining activity will happen in the outdoor alley to the left of the building’s frontage on Santa Fe. Diners will enter through a wave of steel and stone to find long, firm banquettes and light grey seats under breezy brown hanging fabrics. Inside, tall black booths pair with the glowing bar — home to Gomez’s cocktail and sake programs — that leads back to a small courtyard and fire pit. And up front, inside the building, is the cafe for caffeinated drinks and smaller snacks as well as sake and wine.

As of now, Kodō is the first fully realized activation for this address at 710 S. Santa Fe. Eventually, Kensho Group’s property will grow to include the ryokan-style hotel (stylized as the name Rykn), complete with a spa/bathhouse in the back. Expect the hotel, at least, to open by the end of this summer. Kodō opens on April 20, keeping hours from 5:30 p.m. to 11 p.m, Wednesday to Sunday, while Rykn Cafe will run longer hours from 9 a.m. to 10 p.m., Wednesday to Sunday, toggling between coffee, lighter lunch service, and evening bar snacks. Reservations can be made via Resy. 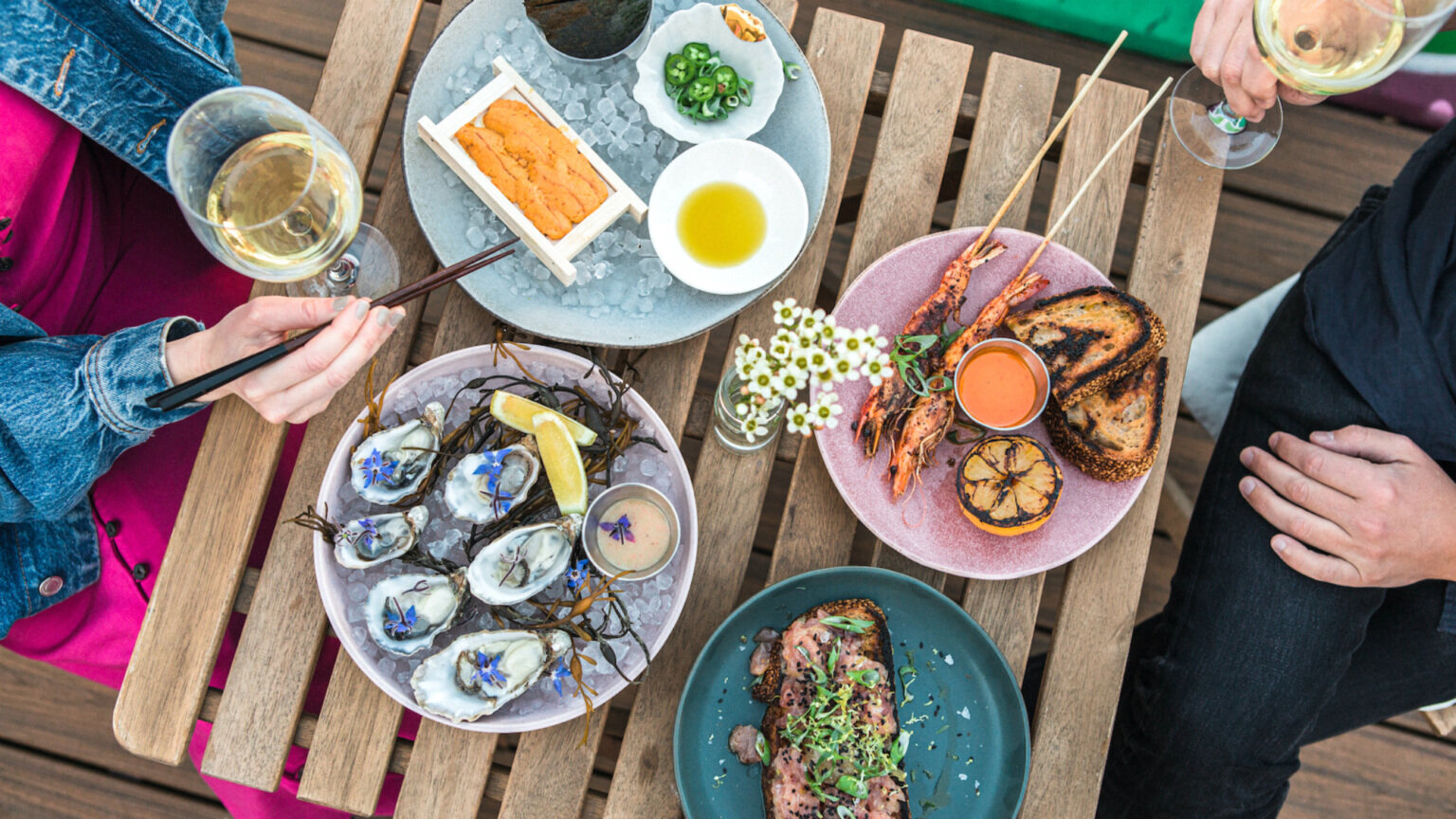